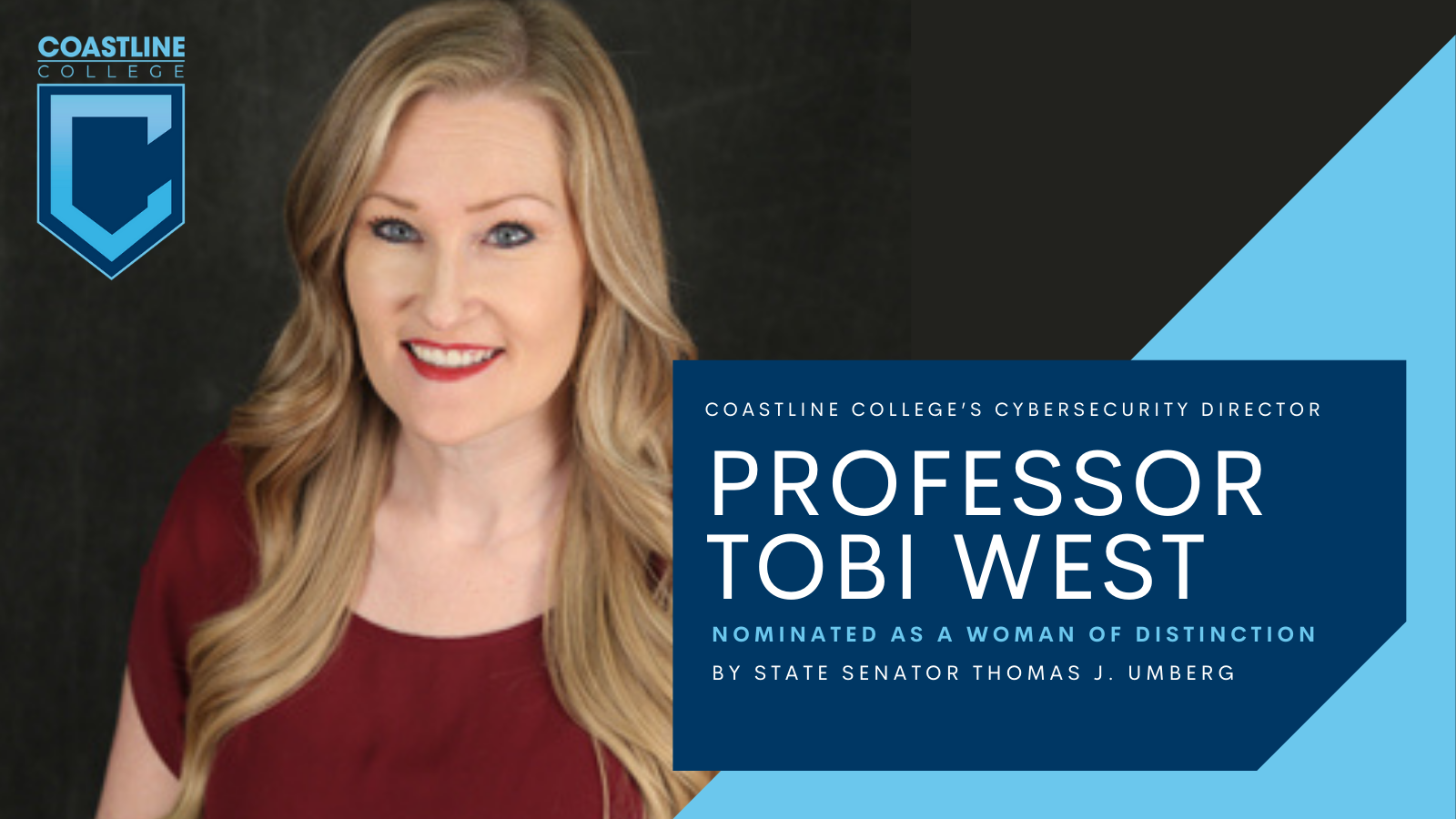 Tobi West (CISSP, GCFE, CCFE), Professor and Department Chair of the Computer Information Systems (CIS) and Computer Services Technology (CST), was recently nominated as being a Woman of Distinction in the field of Education by State Senator Thomas J. Umberg (D-Santa Ana).

The Women of Distinction program was established as part of the Senate's celebration of Women's History Month in March.   Senator Umberg has continued this tradition locally to pay tribute to these remarkable female leaders who have made extraordinary accomplishments in their professions and whose service has made a significant contribution to the community in the 34th Senate District.  Senator Umberg noted, “As the husband and father of two such strong women, and grandfather of two (soon to be three) granddaughters, I know full well the importance of both fostering education, independence, and confidence in women and respectfully honoring their many achievements.”   .

In addition to her position as Professor and Department Chair at Coastline College, Tobi West has developed and hosts GenCyber girls’ camps and workshops for teen girls in cybersecurity and technology education and career pathways called CyberTech Girls.   Professor West has spent her professional educational career innovating offerings to provide the best for students. She is the ultimate mentor for others who are looking to pursue a career in cybersecurity. Under her leadership, Tobi West has blazed a pathway for the next generation of female leaders.

“It is an incredible honor to be nominated and considered for Senator Umberg's Women of Distinction award this year. I continuously strive to provide students with the pathways to help them with academic achievement and career preparation to enter the cybersecurity workforce.  I believe hands-on activities and connections with professional mentors are the way to build a diverse workforce and protect our Nation's security.” Tobi West

Coastline’s Computer Information Systems (CIS) and Computer Services Technology (CST) is recognized as a Center of Academic Excellence in Cyber Defense Education (CAE-CDE) by the National Security Agency (NSA) and the Department of Homeland Security (DHS).   There are only six community colleges in California that hold this distinct designation and Coastline was the first community college in California to receive this prestigious designation in 2014.